Written by Laura Borgese on 12th December 2018. Posted in Publications

This book is the final product of the research conducted by Professor Luisa Passerini, Principal Investigator of the BABE Project. Conversations on Visual Memory combines dialogues between the author and some experts in the fields of memory an visuality with presentations and analyses of  “maps” drawn by mobile people, collected in BABE fieldwork. Synopsis To access the book, please click here

26-27 April 2018 Bodies Across Borders: Oral and Visual Memory in Europe and Beyond – Final Conference

The conference presents the final results of the European Research Council Project “Bodies across Borders: Oral and Visual Memory in Europe and Beyond”. The presenters are international scholars in the central themes of the BABE project: visuality, memory and the archive. The BABE team, composed of Luisa Passerini (Principal Investigator), Graziella Bonansea, Liliana Ellena, Giada Giustetto, Leslie Hernández Nova, Iris van Huis, Gabriele Proglio, and Milica Trakilovic, will discuss the presentations and the presenters’ comments  on the research project. During the conference the BABE Research Project’s Exhibition will be held at the Archivio di Stato in Florence. Programme

“ImmagineMemoria. Archivio di un’Europa in costruzione” exhibition  has been organized by the research project “Bodies Across Borders: Oral and Visual Memories in Europe and Beyond (B.A.B.E.)”, in collaboration with the Historical Archives of the European Union and the State Archive in Florence. Its opening will be held at the State Archive in Florence on Thursday 05 April at 15:30 The aim of the BABE Project is to explore the changes induced by global mobility into visual memories of Europe, focusing on visual art production and on the traces of memory produced by mobile people (oral and visual interviews, maps, objects, drawings). The fieldwork has been done in two countries, Italy and The Netherlands, chosen for both their similarities and differences in relation to past and present movements of people, as this tension allows for a productive comparative study.The BABE project is funded by the European Research Council and based at the EUI, Florence. The exhibition “ImmagineMemoria. Archivio di un’Europa in costruzione “ will present audio and video materials collected by the research team during five years of field research on the theme of memories of migration in Europe. All this material will be deposited at the Historical Archives of the European Union, at the end of the research project. The exhibition, coordinated by Luisa Passerini and curated by Barbara D’Ambrosio and Costanza Meli (Associazione Isole), will continue until 05 May 2018. Poster

Organizers: BABE: Bodies Across Borders: Oral and Visual Memory in Europe and Beyond, Principal Investigator Luisa Passerini AMM: Archivio delle Memorie Migranti, Director Alessandro Triulz This workshop will be an exchange between the ERC Project “BABE” and the Archivio delle Memorie Migranti, Rome, in order to compare their research on the memory of mobility and the practices of archiving visual, written and oral products. The workshop will give space to reflections on the transmission of memories in various situations, including the educational setting. Programme

Written by Laura Borgese on 20th November 2017. Posted in Presentations and Lectures

Lectures in the framework of the History Department Research Colloquium Introduction by Luisa Passerini (BABE Principal Investigator) ABSTRACTS:   Iris van Huis, Counter-Images in Refugee Artwork Visual representations of migration, produced by migrants/refugees, can offer counter-narratives to dominant discourses, including stereotypical, stigmatizing images of migrants. In this paper she analyses images that are produced by refugees, artists and non-artists, who portray memories of their (mostly 2014-2016) migration to Europe and specifically to the Netherlands. She studies which memories are represented, what (political) messages are conveyed and how these images engage with feelings and experiences of (non-)belonging to Europe, to the Netherlands, countries of origin and/or beyond. She analyses enabling and normalizing/normificating and resisting angles of these representations (Foucault 1977; Goffman 1963). Images that were generated in the research on the request of the researcher, as well as “found images” that refugee migrants (artists) were already creating are included, with the aim to represent agency of refugees as well as “voice” and show narratives and images that would otherwise remain untold and unseen. Oral memories remain important, as they offer clear “evoked images” in our minds (van Huis & van der Haar 2015), and provide necessary context by which to understand migration as complex processes.   Leslie Nancy Hernández Nova, Multi-Cultural Belongings In Today’s Europe. This paper will reflect on the methodological issues arising from the dialogue between different visual expressions of inter-subjectivity and cultural memory collected during the fieldwork of the Babe Project. Taking as a starting point visual representations of “place of origin” and cultural belongings carried out by some migrants and artists from Peru in Italy, she will analyze three categories that describe main visual trends (or iconography of cultural memory) found in the visual materials between peruvian witnesses: chronology of personal history (colonial past), touristic language and representation of landscape.

19 – 20 October 2017 – Oral and Visual Memories of Migration: Interdisciplinary Responses and Approaches to the Bodies across Borders in Europe Project

The BABE research team is glad to announce a workshop with Utrecht University through CCHR (research focus area Cultures, Citizenship and Human Rights). The workshop is envisioned as an institutional event (with the University) and an involvement with the city of Utrecht. It includes a session devoted to a conversation with Maria Hlavajova, director of BAK, Basis Voor Actuele Kunst. Scholars and artists/curators affiliated with Utrecht University who specialize in issues of migration, memory and visuality in relation to Europe are invited to present responses and reflections from their field of expertise on the aims and results of the BABE project. Programme Report on the Utrecht Workshop by Iris van Huis and Milica Trakilović

Heritage is an ongoing process of negotiation and contestation of the meanings of the past considered important for the present. Relations among different actors and communities in the processes and practices of heritage are not always cooperative and harmonious, but contested and competitive. With the concept of dissonant heritage Turnbridge and Ashworth (1996) have referred to heritages that include a discordance of different stories and a lack of agreement and consistency in the way the past is represented and memories used in public spheres. The aim of the workshop is to show that Europe does not have one heritage, rather a plurality of traditions, within which contradictions and ruptures of social, cultural and political nature have been present in different times and places. The intent is to contribute to an erosion of Europe’s cultural heritages from within, studying the multiform developments of a fractured past (Milton) from the point of view of cultural history. In the workshop, the dissonances between different heritages (as well as the internal ones) will be discussed in relation to a variety of topics central to the two ERC projects conveners of the meeting. Such are: East–West and center–periphery divisions of Europe, internal and external border-making and border-crossing in Europe, Europe´s colonial past and its post-colonial criticism, migrant and post-migrant experiences, narration and re-narration of Europe´s conflictual past, and the production of the idea of a European heritage and identity in ‘authorized heritage discourses’ (Smith 2006). Heritage is approached in the workshop as a ‘memory complex’, an assemblage of practices, affects and physical things (Macdonald 2013), that brings to attention the contestation of identities, feelings of belonging, and remembering the past in today´s Europe. This perspective emphasizes the relevance of forms of embodied memory against the often de-materialized dominant notions of archive, heritage and patrimoine culturel. Programme

Written by Laura Borgese on 16th March 2017. Posted in News

This workshop is a case study of simultaneous events that shaped our world in entangled ways. While we remember 1968 as the moment of liberating, though non-accomplished, student revolutions in France and the US, this year also saw the Soviet invasion in Czechoslovakia. The year marked the turning point in the Vietnam war and, arguably, in the Cold War as well. Richard Nixon was elected the president of the US, and Leonid Brezhnev consolidated his power over the USSR. Martin Luther King was shot dead in Memphis, and Andrej Siniavsky was serving in a forced labor camp in Mordovia. Yale University announced it was going to admit women. Using the new language of human rights, Russian and Ukrainian dissidents started their struggle with the Soviet regime. From Brazil to Italy, protest movements shook the world but mostly failed to change the governments. Led Zeppelin started performances, and the Beatles sang “Back in the USSR” and became popular there. On the both sides of the Iron Curtain, the enthusiasm and disappointments of 1968 transformed philosophy, political thought, literature and cinema of the subsequent era. The best-known French philosophers, Italian film-makers, American politicians, Polish dissidents all came from the generation that shaped 1968 and were shaped by this historical moment. After 1968, the crucial concepts of human existence – sex, power, gender, class, race – have never been the same, and their tectonic shifts also occurred across the Iron Curtain. In this workshop, we will explore various dimensions of this transnational change. We will complement case studies from countries of Western, Central and Eastern European with broader speculations on issues of history and memory, generations and revolutions, subjectivity and power. Syllabus Programme 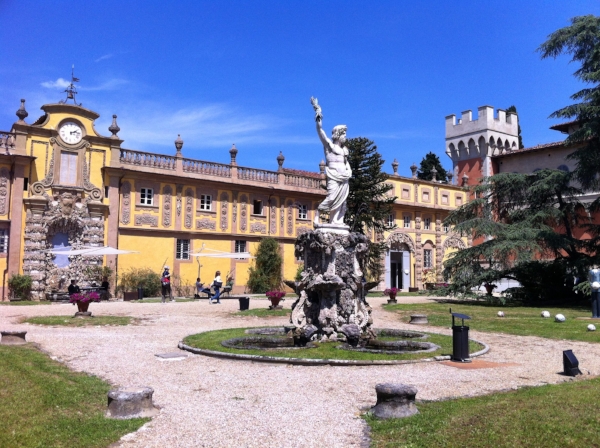 Babe project, headed by Professor Luisa Passerini, and the Oral History Master of Arts Program at Columbia University, directed by Professor Mary Marshall Clark, worked together in order to define the programme of the Summer School ‘Memory, Visuality and Mobility’ which will be held at the European University Institute from June 19 to June 30. The two-week long intensive seminar will host multiple and various interventions in the field of contemporary migrations and diasporas: the course will draw on case studies and materials from the ongoing Bodies Across Borders research project. From a theoretical point of view, the summer school is consecrated to the study of the connection between visuality, memory and mobility. This innovative perspective is at the core of the Babe project and its research paths in the field of cultural history. During the summer school, Babe team will be involved in giving lectures on visual memory, cultural archives and mobile memories, colonial and postcolonial visual memories, oral and visual memory in/for teaching. Potential participants can find more information (applications, costs and requirements) here